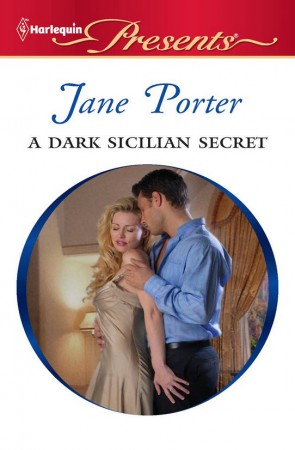 Lethally attractive Vittorio d’Severano was everything Jillian Smith wanted—until she discovered his secret life, and her dreams of a happy–ever–after crumbled into dust… Brokenhearted and terrified, Jill disappeared.

But she can’t hide!

Now Vitt has returned—to claim the tiny son Jill has sworn to keep from him! But to stay with her child, she must put Vitt’s ring on her finger. Yet what kind of relationship can they have when it’s based on secrets and a heat impossible to resist?

Lethally attractive Vittorio d’Severano was everything Jillian Smith wanted—until she discovered his secret life, and her dreams of a happy–ever–after crumbled into dust… Brokenhearted and terrified, Jill disappeared.

But she can’t hide!

Now Vitt has returned—to claim the tiny son Jill has sworn to keep from him! But to stay with her child, she must put Vitt’s ring on her finger. Yet what kind of relationship can they have when it’s based on secrets and a heat impossible to resist?

“E gran pazzia lu cuntrastari cu du nun po vinciri ne appattari,” he quoted, then translated the Sicilian proverb for her benefit, “It’s insane to oppose when you can neither win nor compromise.” The corner of his mouth quirked. “You’re either shockingly brave or stupid, Jill, considering you have so much at stake.”

“A great deal is at stake. We’re talking about the life of a little boy. What we do now will impact him forever.”

“Which is why I can’t just roll over, Vittorio, and pretend that who you are, and what you do is good. Your values and morals aren’t mine—”

He’d heard enough, more than enough, actually, and tuning out the rest of her speech, he gestured to one of his men, who then tapped the glass partition, getting the chauffeur’s attention. The driver immediately slowed and pulled off the highway onto the rain lashed shoulder.

“It’s a shame that we couldn’t come to an understanding, but I suppose it’s better now than later,” he said calmly, knowing he was just about to destroy what was left of her world. “I did want this to work out. I think we could have made it work. Unfortunately, I can see it’s not going to happen. So let’s make the break now and be done with it. No point in dragging the pain out.” He leaned to the side, opened the back door. “Good bye, Jill.”

Her lips parted with surprise. “What?”

“Your car is just a half mile back. Not far, but certainly not comfortable in the rain. Do be careful. The pavement is undoubtedly slippery.”

She crumpled into the seat, her expression one of horror. “Vittorio,” she protested, her voice strangled.

She looked hurt and bewildered. Shattered. But of course she’d be dramatic. Everything she said and did was extreme. But he’d had enough of her dishonesty and distortions. All he wanted was to move forward—peacefully.

“Jillian, come. Let’s be honest. How can we possibly hope to raise our son together when you dislike me so very much? I want him to be safe and loved, not torn between us. But you would hurt him. You’ve turned me into a monster and you’d try to turn him against me—”

She was grasping at straws and they both knew it.

“You already have. You’ve lied to me. You’ve run from me. You’ve promised to meet me and then you never showed. But then, you never meant to show. It was just a ruse to allow you to escape. With my son.” He drew a slow breath, suppressing the anger and shame he’d felt when she’d tricked him, played him, manipulating him for months. No one did that and got away with it. No one. Why should she? “Joseph will be one next month and today is the first time I’ve ever held him. And you call me the monster?”

She flinched, visibly shaken, and her eyes looked enormous in her now ashen face. For a moment he almost felt sorry for her. Almost, but not quite, because she’d hurt him, humiliated him, and made his life a living hell.

His child. His. Kept from him.

Who did that? What kind of woman did that?

He gestured carelessly, his tone one of boredom. “Do us both a favor, Jill, and step out of the car—”

“I’m going straight to the airport,” he continued as if she hadn’t spoken. “We have a flight plan in place. I don’t have time to waste.”

She sat very tall on the seat, her slim shoulders square. “I won’t get out.”

She shook her head. “I won’t leave him. I would never leave him.”

“And I won’t play these games.”

“There are no games. I promise.”

“You made promises in the past—”

“And you’re not now?” he retorted, mocking her.

Jill’s teeth were chattering again and she bundled her arms over her stomach, holding herself tightly as if afraid she’d disintegrate any moment. “Not scared,” she said from between her teeth. “Terrified. Please. Please. No games. No trouble. I will cooperate. I will make this work. I will do everything you ask. I swear.”

His dark gaze pinned her, held her captive. “I am out of patience, Jill.”

His voice dropped even lower. “There will be no second chances. One misstep, one mistake, one small fib, and you’re gone. Forever.”

She was nodding, frantically nodding, and tears slid from the corners of her eye.

He refused to care. Refused to feel anything for her. She had it coming. Every little bit of hurt, heartbreak and misery. He’d trusted her. Had cared for her. More than he’d cared for any woman in years.

Twenty-one months ago he’d actually thought she was the one. The only one. The one he’d marry and cherish for the rest of his life. Which was absurd as he wasn’t the impulsive kind. He’d never met any woman he could imagine as his wife, but somehow he’d wanted her.

He’d wanted to love her, protect her, forever.

And then she ran, and lied, and cut his heart to pieces.

She was practically begging now, and he’d thought perhaps it would make him feel better. It didn’t.

He’d never treated a woman harshly in his life.

He’d never reduced a woman to this. Nor should he have had to.

Vittorio could hardly look at her. Her lower lip trembled and tears shimmered on her cheeks. She made him feel like a savage, like the monster she’d portrayed him to be, but he was no monster. He’d spent his entire life trying to prove the d’Severanos could be good people. “I won’t take you out of the country by force.”

“You’re not taking me by force. I’m choosing to go. I’m begging to go. Please, Vitt. Let me travel with my son.”

Something snapped inside of him and he reached for her, one hand wrapping around his wrist, while the other slid behind her neck, his palm against her nape, his fingers and thumb shaping her beautiful jaw. “Our son,” he ground out. “He’s not yours. He’s ours. We both made him. We made him together in an act of love, not violence, and he is to be raised with love, not violence. Do you understand?”

Brown or blue, her eyes were mesmerizing, brilliant with raw emotion. He’d thought she was everything he’d ever wanted. He’d thought they’d be able to grow old together. “From now on there is no yours or mine,” he continued roughly. “There is only ours. There is only one family. And that is the d’Severanos.”

She nodded her head jerkily. “Yes.”

And then because there was so much sadness in her eyes, he did the only thing he could think of—he kissed her. But it wasn’t a tender kiss and it wasn’t to comfort. He kissed her fiercely, taking her lips the way he’d now taken control of her life. She’d had her chance. They’d tried it her way. Now it was his.

A Dark Sicilian Secret is available in the following formats: 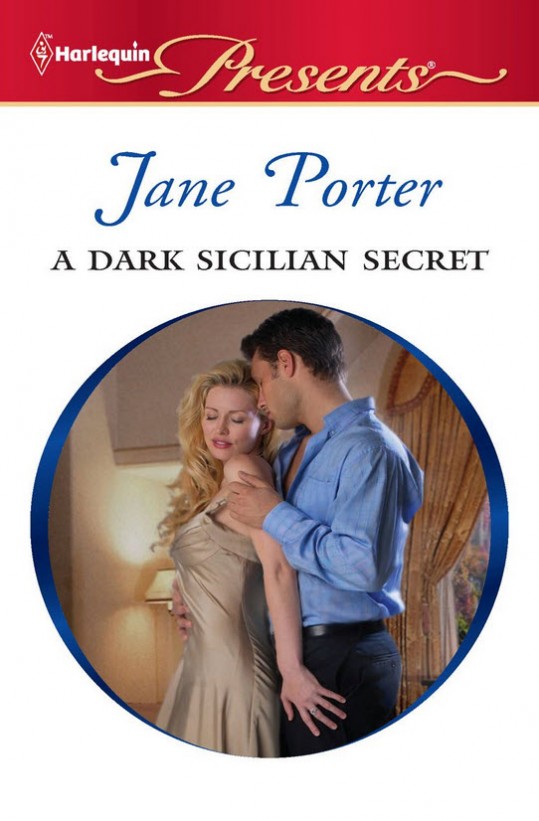