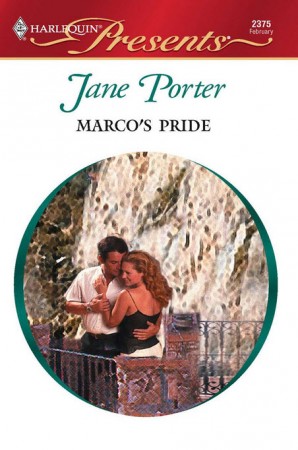 When making love, Marco D’Angelo was sensual and passionate. But when it came to declaring his love, he was unable to open his heart. When their whirlwind marriage fell apart, Payton left him, taking their two young daughters with her.

Two years later, Payton has returned to Italy—the time has come for the girls to get to know their father. At first Payton is determined to keep her distance from Marco. But on seeing him again her feelings for him can no longer be ignored…she’s forced to admit that her body still yearns for her husband’s touch…

When making love, Marco D’Angelo was sensual and passionate. But when it came to declaring his love, he was unable to open his heart. When their whirlwind marriage fell apart, Payton left him, taking their two young daughters with her.

Two years later, Payton has returned to Italy—the time has come for the girls to get to know their father. At first Payton is determined to keep her distance from Marco. But on seeing him again her feelings for him can no longer be ignored…she’s forced to admit that her body still yearns for her husband’s touch…

He swiftly moved toward her, his hands circling her upper arms. “Why not? You can talk to everyone else. Why can’t you talk to me?”

When she didn’t answer, he clasped her chin, lifted her face to his. “You know me, Payton. You know me better than anyone.”

His intense expression pierced her, driving holes of hurt through her heart.

“God forgive me, but you make me crazy.” He swore softly just before his head dipped and his mouth covered hers in a kiss so hot, so fierce that it stole her breath, emptied her lungs, left her head spinning.

Hot tears stung her eyes and reaching up, Payton clasped his shirt, hanging on to him as her heart felt as if it were being wrenched in two.

No one, but no one kissed like this. No one but Marco made her feel like this and God in heaven, she wasn’t over him yet. Not by a long shot. Maybe not ever.

A cry escaped her as his lips parted hers. She felt wildly divergent emotions — pain, pleasure, denial. What on earth was she doing? The last time he’d kissed her like this it’d been in the gardens of the Trussardi family palazzo. They’d both lost control then and they both knew what had happened since.

She shoudn’t — couldn’t — let this happen and yet it was heaven and hell and Payton knew this was how it’d always been with Marco. Her response was pure instinct and it was impossible to control.

Her whimper seemed to push him to the edge. Marco’s thumb stroked close to the corner of her mouth, lighting fire beneath her her skin, making her crave more and she shifted beneath him, the pressure of his mouth parting hers and she felt open and naked as his tongue caressed the inside of her lower lip.

Her hands were knotted in his shirt, her breasts pressed to his hard chest, her body straining and it was still not enough, she thought dimly, body hot, tingling, feverish, this kiss and this limited touch wasn’t enough. She arched closer, felt his hand shift from her arm to her hip as he dragged her even closer, and battling a groan she felt him press against her, his body hard, tense, barely controlled.

He’ll hate himself later. She heard the warning, knew the warning as the voice of reality. Sanity and gasping for air she broke free, using her palms to push him away.

His voice was deep, thick, accent pronounced. She’d wanted the kiss to continue, hadn’t wanted to end it but she knew Marco, knew he’d resent the loss of control — no matter how brief.

There would be consequences — no, make that hell to pay.

She was right. He drew another shallow breath.

“Maledizione!” He swore bitterly, battling to control his breathing. “Why do I do this? What is the matter with me?”

“No. Don’t say anything. You’ll only make it worse.”

Payton’s gaze searched the taut planes of his face, his features hard, his mouth pinched.

He took a menacing step toward her, his finger pointed. “I nearly broke her heart once. I nearly crushed her, and she’s fragile, Payton, she’s not like you. She can’t handle the rejection.”

“It’s what you wanted. It’s why you kept them from me.”

“Marco.” He was angry and he was lashing out at her, she understood that much, but to be cruel about the children? That just wasn’t fair.

“You moved halfway around the world. You turned me into a stranger. This is your doing, Payton!”

She had to stay calm, had to keep control. “I’m trying to make amends –“

“How?” he interrupted fiercely. “By destroying my relationship with Marilena?”

“Nothing’s destroyed, Marco. Nothing’s changed. Don’t blow this out of proportion. It was just a kiss –“

“Just a kiss? How can you say that? I’m engaged. I’m about to marry Marilena in two months and you say, you have the gall to say, it’s just a kiss?”

“Maybe a kiss is nothing to you,” he continued bitterly, “but I am loyal. I am faithful. I do not do things like this. I do not make love to one woman when promised to another and yet twice now I’ve done the unthinkable and both times it was with you.”

“What is it about you, Payton?”

“I don’t know either, but this. . .this –” He broke off, lips twisting, filled with loathing and self-disgust. “This is wrong. I am ashamed.”

He was. She didn’t doubt him, or his sincerity for a moment. “I’ll go to my room. I’ll give you some space.”

“That is not what I asked you to do.” He was standing over her, shoulders dwarfing her. “I said get your suitcases and go.”

“No! I am done talking. I am sick inside, I am sick that we are back to where we were three years ago. I don’t know what you do to me, I don’t understand the effect you have on me, but this time I know exactly what to do. Get rid of you.” Tiny beads of sweat formed on his brow. Tendons popped on his neck. “Fast.”

They were standing so close she could feel his warmth, feel rather than see the rise and fall of his chest. He was insisting she, demanding she leave, but she could not.

Marco’s Pride is available in the following formats: 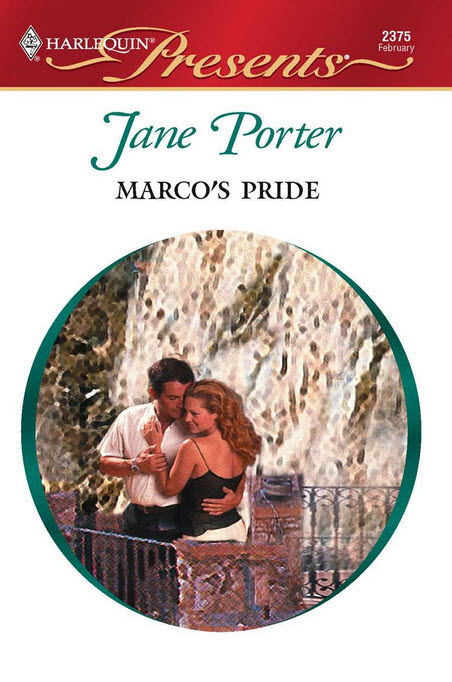