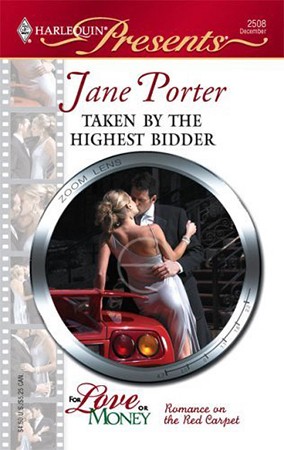 Samantha van Bergen’s husband was missing in action. Again. And unfortunately, Sam knew where he was.

She knew where to find him when he didn’t return home for days at a time, and she knew what to expect.

This was a battle, she thought, drawing her gray velvet cloak closer to her evening gown as she swiftly climbed the stairs to Monte Carlo’s grand Le Casino, a battle she was losing.

Johann had always been a compulsive gambler but he used to win more. He used to walk away from the table when it turned ugly. But he didn’t do that anymore. He just sat there, losing. Losing. Losing.

They’d already lost so much. Their savings. The chic penthouse. The Ferrari—not that Sam had ever driven it.

What was left? She wondered, climbing the casino’s marble steps.

In Le Casino’s VIP card room, Cristiano Bartolo lounged at his favorite table when the door to their private room opened. Irritated by the interruption, he glanced up, but his irritation eased as he recognized beautiful, blonde Samantha van Bergen, or more commonly known as the Baroness van Bergen.

It was, he thought, mouth curving faintly, such a huge, stately title for such a young blushing English bride.

He played his card, then looked up to watch her unfasten the top hook on her velvet cloak, letting the dove gray velvet fabric fall back over one shoulder revealing her white evening gown beneath.

She fascinated him. He didn’t know why. He’d only seen her once before, but she’d made such an impression that night six months ago he knew he’d never forget her.

The first time he’d seen her had been here, at Le Casino, as well. Then, as now, he’d been sitting at the exclusive high roller tables, and then, as now, every head at the table had turned and he’d turned, too, to see what had caught every man’s attention.

No wonder every man stared.

She was small, slim, beautiful. She had a delicate oval face framed by blonde ringlets, long loose curls that gave her a decidedly angelic appearance, although her eyes, slightly tilted at the corners, were not completely innocent.

Beautiful girls were a dime a dozen, but she touched him, this one with her serious expression, her dark brown brows pulled, the deep furrow between arched brows.

Cristiano watched now as the young Baroness stood just inside the door, not nervous or uncertain, just focused. She wore a look of utter concentration, an expression of grave concern, and Cristiano was certain this is what Joan of Arc must have looked like before battle.

She was Joan of Arc before battle, too, as she moved to Johann van Bergen’s side.

Cristiano had never liked Johann, would never like Johann, and had deliberately sat at this table so he could play the Baron. Cristiano had discovered months ago that Johann van Bergen didn’t know how to play cards, couldn’t gamble, and hadn’t a clue how to walk away from a game even when he was being bled. And he was most definitely bleeding tonight.

Cristiano scooped up a handful of chips, moved them forward, upping the ante by two hundred and fifty thousand pounds. It wasn’t a small bet, but neither was it huge. Over five million pounds had already been wagered tonight. Johann’s loss to Cristiano’s gain.

Eyes narrowing, he watched as Samantha approached the table, watched one long loose blonde tendril slide forward on her shoulder, dangle across her breast. He envied the curl. Longed to take the curl, twine it around his fingers and then dip it between her full breasts.

She crouched now at Johann’s side, her velvet cloak pushed back on her shoulders, her slim bare arms extended, her hands on Johann’s thigh.

Her hands belonged on his.

Cristiano’s gaze moved from her bare arms to her shoulders to her deep cleavage revealed by the plunging neckline of her white evening gown. Leisurely he let his gaze travel up, along the smooth column of her throat to her firm rounded chin and jaw, the curve of cheekbone and the worry in her blue eyes. The worry was also there in the faint line between her perfect arched brows, as well as in the press of her lipsticked mouth, her beauty delicate and yet painfully pinched.

Angels shouldn’t be so tormented, he thought, finding his chair suddenly uncomfortable, just as his body felt too hard and tight.

He imagined kissing her full mouth until it softened beneath his, saw her lying naked in his bed, her slender limbs stretched out beneath him, her delicate gold necklace the only thing she wore.

But his blonde Joan of Arc was on a mission, and she was oblivious to all but Johann as she spoke to him, her voice but a murmur of soft sound. Cristiano couldn’t hear what she said to Johann van Bergen, but the Baron made no effort to lower his voice. “Go,” Johann told her, tone cold, blunt. “Go back home where you’re supposed to be.”

But she didn’t go. She continued to crouch at Johann’s side, whispering urgent words only the Baron could hear, words that only angered him further. “I don’t need a mother,” he said, slapping his cards down. “I already had one. And I don’t need you. You’ve done nothing for me.”

Two dark pink blotches stained her cheeks. Silently she regarded him, face flushed, chin lifted, painful dignity. Then without another word, she slipped off her cloak, handed it to the gentleman at the door, and took a chair, sitting behind Johann.

During the next hour and a half Cristiano watched her. He liked watching her. She’d been beautiful six months ago but she was even more stunning tonight.

He’d have her. Soon. Very soon.

Even if she was another man’s wife.

Taken By The Highest Bidder is currently available in digital format only: 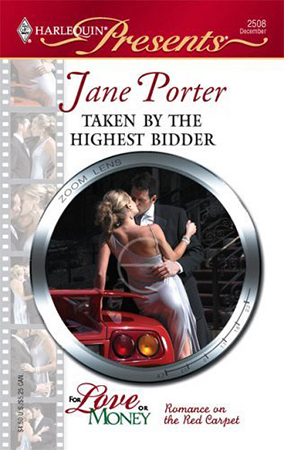