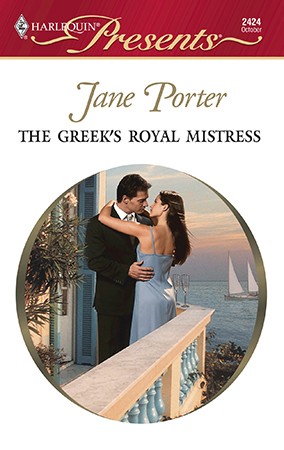 Book 2 of The Princess Brides Series

What’s a Princess to do when she just doesn’t fit in?

Princess Chantal has tried all her life to be all things to all people. She has tried to fit in with other people and make everyone happy. At the very start of the book, she is listing her regrets as the plane she is in crashes down to the ground. Lucky for her, Demetrius Mantheakis is on the same plane and looks after her. He keeps her talking as the plane falls and rescues her from the wreckage. When he builds a shelter for them on the beach and keeps her away from the other survivors she finds out he has been hired by her brother-in-law to be her bodyguard, her life is in serious danger and Demetrius is the one to save her.

Will Demitrius save Princess Chantal and make her his bride?

What’s a Princess to do when she just doesn’t fit in?

Princess Chantal has tried all her life to be all things to all people. She has tried to fit in with other people and make everyone happy. At the very start of the book, she is listing her regrets as the plane she is in crashes down to the ground. Lucky for her, Demetrius Mantheakis is on the same plane and looks after her. He keeps her talking as the plane falls and rescues her from the wreckage. When he builds a shelter for them on the beach and keeps her away from the other survivors she finds out he has been hired by her brother-in-law to be her bodyguard, her life is in serious danger and Demetrius is the one to save her.

Will Demitrius save Princess Chantal and make her his bride?

Book 2 of The Princess Brides Series

Sound exploded from the back of the jet. The aircraft shook, a shiver like teeth chattering, metal scraping metal. The jet dropped yet again, a steeper descent, and suddenly the teacup saucer seemed miles away.

Uncrossing her legs, Chantal planted her feet firmly on the floor, doing her best to look relaxed. Unconcerned.

They weren’t going to crash. It was just turbulence. Nothing serious. Planes hit pockets of turbulence all the time.

A flight attendant in the red and cream uniform of La Croix Royal airlines came hurrying toward her. “Let me take your cup,” she said, swooping the cup and saucer from the princess. “We don’t want to get you burned.”

The plane was jolting now, great shudders like a silver belly dancer in the sky, and passengers were murmuring in the back even as Chantal’s hairdresser began to cry.

Glancing up, Chantal’s gaze met one of the male passengers. He was sitting not far, just across the narrow aisle in a matching leather chair, and his dark gaze continued to hold hers, his expression calm, compelling. He wasn’t English, or French. He was too hard looking, beautiful but hard, face all severe lines and planes — an uncompromising line of brow, nose, mouth, chin.

“It’s bumpy,” she said, raising her voice a little, compelled to make a connection. She didn’t want to be afraid, hoped she didn’t look afraid.

Chantal had the feeling that he resisted company-people. “Do you fly a lot?” she asked, trying to keep from thinking about the terrifying shimmying of the plane.

“Yes.” His dark gaze was nearly as hard as the line of his cheekbone and jaw.  “And you?”

“Quite a bit.” She swallowed. But she’d never been afraid like this before. Her fear was intense. “I’ve never –” she broke off as the plane sank abruptly, and someone behind her screamed.

Heart racing, eyes burning, she turned and looked at the man across the aisle. She couldn’t disintegrate. She had to remain focused.

She drew a shallow breath, her head spinning. “You have an accent.”

His black eyebrows dropped. “So do you.”

Maybe he was Latin. Italian? Sicilian? The burning in her eyes turned to tears. She felt ashamed of her loss of control. “I’m from Melio,” she said, naming her independent country off the coast of France and Spain.

“I’m from Greece,” he said, suddenly rising. He crossed the narrow aisle, took the empty chair next to her.

Of course he did. How silly. She struggled to sound normal. Natural. “What’s your name?”

Her lower lip quivered. Her throat felt swollen, a lump lodged right in the middle. “That’s quite a mouthful.”

His gaze held hers, eyes so intense they dazzled her. “Yes.”

The jet groaned loudly and did a strange ripple as if it’d become serpentine. Flexible. Mobile.

Chantal’s lips parted. She gasped in air. She turned to Mr. Mantheakis. “This isn’t turbulence anymore, is it?”

She hadn’t thought so, and she nodded, exhaling slowly, trying to ignore her fear, which had become a huge, tangible thing. The fear was cold and heavy, like that of breaking a sweat in the middle of a bad dream and wanting to wake, needing to wake, and yet unable.

Demetrius leaned towards her, his broad shoulder bumping hers. “How’s your seatbelt?” he asked, but he didn’t wait for her to answer. He reached over and checked the tension on her seatbelt personally.

His actions said more than words ever could, and her fear grew, spreading within her. “You don’t have to do this.”

“Do what?” He stared at her, his dark gaze narrowed and focused on her face.

She thought his voice was like gravel, hard, sharp, and she found herself thinking his Greek accent wasn’t like the Greeks she’d ever known. His tone was harder. His inflection harsher. “Entertain me. Distract me. Whatever it is you’re doing.”

“I call it company.”

She tried to smile but couldn’t. She felt wild on the inside, her heart pounding, her pulse racing. They were flying over the Atlantic Ocean, heading back to Europe. There was nothing below them but water. Even if they needed to land, they couldn’t.

She turned to the window. The shuddering of the plane, the inky clouds, the sense that destruction was just a heartbeat away heightened her senses, time stretched endlessly so that the future was impossible -far far out of reach.

But her daughter’s face swam before her eyes, the sweet pale face, the fair hair, the little lips shaped like a Valentine.

She covered her face with her hands, rubbed her eyes, drying the tears before they could fall. She couldn’t lose control. The captain hadn’t made any announcement. The flight attendants were buckled into their jump seats but they looked quiet, focused, professional.

The jet shuddered and banked steeply left. Chantal sat forward as the plane continued to verve left. She glanced to her window again.

“I can’t see anything,” she said, the jet appearing to settle back into a more normal flight pattern. The world beyond her window was dark, thick with heavy cloud, and the plane sailed through the dense blackness shuddering every now and then as if to remind passengers that the danger wasn’t over.

“It’s dark out,” he answered calmly, leaning back in his seat, his body relaxed, no tension anywhere in his big, powerful frame.

She wished she could take comfort in the fact that he was at ease, but his confidence shook her even more. “Can the pilots see?”

“They fly by equipment.”

But what if their equipment was wrong, she wanted to ask? Instead she thought back on life, the choices made, the opportunities passed up. “Moments like these are great for self-analysis,” she said with a brittle laugh. “Nothing like facing one’s self.”

Her eyes felt like they were on fire. “Dozens.”

She shook her head, her hands gripping her armrests tightly. “There’s too many. I can’t think of just one, but all of them, all that life experience, all those hopes and dreams…”

“Life’s never what you think it’s going to be, is it?”

Her eyes sought his. He looked so big, so imposing and yet he projected strength. Calm. “If you could do it over, what would you fight for?”

Chantal stirred uncomfortably in her seat. She wanted off the plane. She wanted away from this man who asked hard questions and wanted real answers. It’d been a long day, but she didn’t know how not to answer her. There was something compelling in him, something about him that compelled her to speak. “Happiness,” she finally said. “I’d fight for happiness.”

The Greek’s Royal Mistress is available in the following formats: 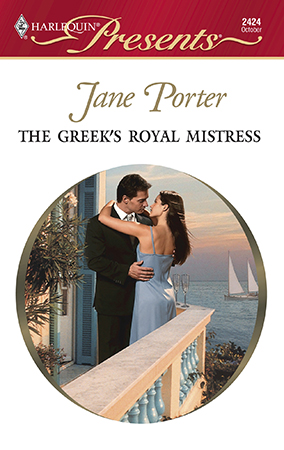