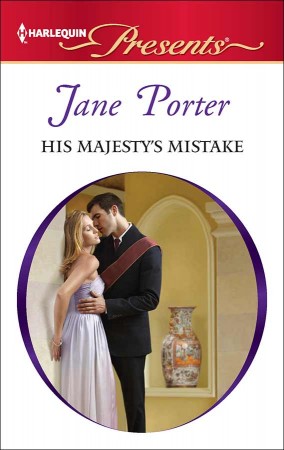 Book 2 of The Royalty Duo

Spurned and publicly humiliated by the father of her child, Princess Emmeline d’Arcy has no ring, no wedding date and no legitimacy for her unborn baby.

And the last straw? Having to trade in her gilded lifestyle and pretend to be her twin sister, otherwise known as Sheikh Makin Al-Koury’s personal assistant.

Accustomed to being waited on hand and foot, Emmeline finds herself having to jump to the click of her boss’s skillful fingers-day and night! But once the sheikh uncovers her shameful past, will his touch be nothing but a scorching memory?

Spurned and publicly humiliated by the father of her child, Princess Emmeline d’Arcy has no ring, no wedding date and no legitimacy for her unborn baby.

And the last straw? Having to trade in her gilded lifestyle and pretend to be her twin sister, otherwise known as Sheikh Makin Al-Koury’s personal assistant.

Accustomed to being waited on hand and foot, Emmeline finds herself having to jump to the click of her boss’s skillful fingers-day and night! But once the sheikh uncovers her shameful past, will his touch be nothing but a scorching memory?

Book 2 of The Royalty Duo

Shoulders thrown back, head high, Emmeline entered the darkened VIP room, her narrowed gaze scanning the low plush couches filled with lounging guests. She spotted Alejandro right away. He was hard to miss in his billowy white shirt that showed off his dark hair, tan skin and handsome Latin profile to perfection. He wasn’t alone. He had a stunning young brunette in a shocking red mini-dress on his lap.

Penelope Luca, Emmeline thought, recognizing the young model who had recently become the new It girl. But Penelope wasn’t merely sitting on Alejandro’s lap. Alejandro’s hand was up underneath the young model’s short red skirt, his lips were nuzzling her neck.

For a moment Emmeline couldn’t move or breathe. For a moment she stood transfixed by the sight of Alejandro pleasuring Penelope.

And then humiliation screamed through her.

“Alejandro.” Her voice was low, clear and sharp. It cut through the pounding music, hum of voices and shrill laughter. Heads turned towards Emmeline. She was dimly aware that everyone was looking at her but she only had eyes for Alejandro.

He looked up at her from beneath his lashes, his lips still affixed to the girl’s neck, his expression mocking.

It hit her that it had all been a game for him…to bed a princess. The challenge. The chase. The conquest. She’d merely been a beautiful royal scalp to decorate his belt. And now that he’d possessed her, taken her innocence, he’d discarded her. As if she were nothing. No one.

Fury and pain blinded her. Fury with herself, pain for her child. She’d been stupid, so stupid, and she had no one to blame but herself. But wasn’t that her problem? Hadn’t that been her Achilles’ heel her entire life? Needing love? Craving validation?

Her weakness sickened her, shamed her. Nausea hit her in waves.

“Alejandro,” she repeated his name, her voice dropping, breaking, fire licking her limbs, daggers slicing her heart. “I will not be ignored!”

But he did ignore her. He didn’t even bother to look at her again.

Her legs shook. Her eyes burned. How dare he mock her this way. She marched closer, temper blazing. “You’re a liar and a cheat. A pathetic excuse for a man—”

“Stop.” A deep, hard male voice spoke from behind her, interrupting her, even as a hand settled on her shoulder.

She struggled to shake the hand off, not finished with Alejandro yet. “You will take responsibility,” she insisted, trembling with rage.

“I said, enough,” Sheikh Makin Al-Koury repeated tersely, head dropped, mouth close to Hannah’s ear. He was angry, very angry, and he told himself it was because his assistant had gone missing in action, and that he resented having to chase her down like a recalcitrant puppy, but it was more than that.

It was her, Hannah, dressed like…looking like…sex. Sex in high heels.

Impossible. Hannah wasn’t sexy. Hannah wasn’t hot, but here she was in a cocktail dress so snug that it looked painted on her slim body, the turquoise satin fabric clinging to her small, firm breasts and outlining her high, round ass.

The fact that he noticed her ass blew his mind. He’d never even looked at her body before, didn’t even know she had a body, and yet here she was in a tight shimmering dress with kohl-rimmed eyes, her long dark hair tumbling free over her shoulders.

The thick tousled hair cascading down her back drew his eye again to her ass, and desire flared, his body hardening instantly.

Makin gritted his teeth, disgusted that he was responding to his assistant like an immature schoolboy. For God’s sake. She’d worked for him for nearly five years. What was wrong with him?

Stunned that she was being manhandled, Emmeline d’Arcy turned her head sharply to get a look behind her but all she could see was shoulders—endless shoulders—above a very broad chest covered in an elegant charcoal dress shirt.

“Unhand me,” she choked, angling her head back to get a better look at him, but she couldn’t see his face, not without turning all the way around. Her vision was limited to his chin and jaw. And it wasn’t an easy jaw. He was all hard lines—strong, angular jaw, square chin, the fierce set of firm lips. The only hint of softness she could see was the glimpse of dark bronze skin at his throat where his collar was open.

“You’re making a fool of yourself,” he said harshly, his English lightly accented, his voice strangely familiar.

But why was his voice familiar? Did she know him? More importantly, did he know her? Was he one of her father’s men? Had her father, King William, sent someone from his security, or King Patek?

She craned her head to get a better look, but he was so tall, and the club so very dark. “Let me go,” she repeated, unwilling to be managed by even her father’s men.

“Once we’re outside,” he answered, applying pressure to her shoulder.

She shuddered at the warmth of his skin against hers.

“I’m not going anywhere. Not until I’ve spoken with Mr. Ibanez—”

“This is neither the time or place,” he said, cutting her short. His hand moved from her shoulder to her wrist, his fingers clamping vise-like around her fragile bones.

He had a tight grip, and she shivered as heat spread through her. “Release me,” she demanded, tugging at her wrist. “Immediately.”

“Not a chance, Hannah,” he answered calmly, and yet his tone was so hard and determined that it rumbled through her, penetrating deep to rattle her bones.

He thought she was Hannah.

Her heart faltered. A cold shivery sensation slid down her spine as she put the pieces together. His deep, familiar voice. His extraordinary height. His ridiculous strength.

And then he was dragging her from the club, through the crowded dance floor and out the front door.

Emmeline’s head spun as they stepped outside, away from the blinding lights and gyrating bodies on the bar and dance floor.  The heavy nightclub door swung closed behind them, silencing the thumping music.

It was only then that he released her and turning, she looked straight up into Sheikh Al-Koury’s face.  He wasn’t happy.  No, make that he was livid.

One of his strong black eyebrows lifted.  “Hello?” he repeated incredulously.  “Is that all you have to say?”

His Majesty’s Mistake is available in the following formats: 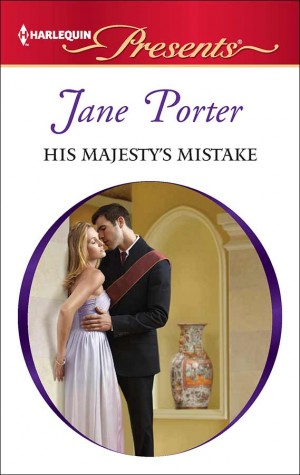