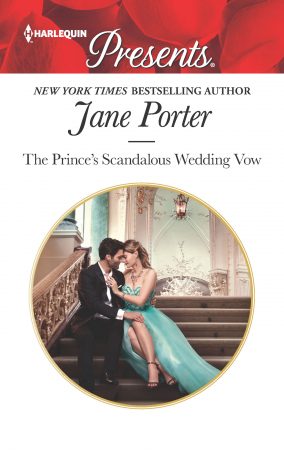 She saved the merciless prince…

Now she must meet him at the altar!

When sweet scientist Josephine rescues a drowning stranger, she’s captivated by his devastating good looks and charm. Alexander doesn’t remember who he is, but the desire in his eyes sweeps innocent Josephine on an intensely passionate journey! Until it’s revealed he’s Prince Alexander, heir to the throne of Aargau… Now the threat of scandal means this shy Cinderella must become a royal bride!

She saved the merciless prince…

Now she must meet him at the altar!

When sweet scientist Josephine rescues a drowning stranger, she’s captivated by his devastating good looks and charm. Alexander doesn’t remember who he is, but the desire in his eyes sweeps innocent Josephine on an intensely passionate journey! Until it’s revealed he’s Prince Alexander, heir to the throne of Aargau… Now the threat of scandal means this shy Cinderella must become a royal bride!

Prince Alexander Julius Alberici had known change was coming. His June 27  wedding to Princess Danielle would require a return to his Mediterranean island kingdom, Aargau, for prewedding festivities. After the ceremony and reception, a two-week honeymoon had been planned, and then he’d finally be free to return to Paris with his bride,  where he oversaw an international environmentalist group focused on improving sustainability in fragile eco-systems.

His work was his passion, and Danielle had expressed support for his work—a positive in an arranged marriage. She’d also agreed at the time of their betrothal to live wherever he chose, understanding that ultimately they’d end up in Aargau as soon as Alexander needed to step into his father’s shoes and ascend the throne.

But that day—replacing his father—was supposed to have been years away, decades away, as his father was a strong, athletic man and a vigorous, powerful king. Or he had been, until his winter cold lingered into early spring, a nagging cough that wouldn’t clear even with antibiotics. And then in mid-April came the diagnosis of lung cancer and now King Bruno Titus Alberici had been given months to live. Months.

It was unthinkable, unfathomable. Alexander had never been close to his father—King Bruno might be beloved by the people, but he was cold and unforgiving behind closed doors—yet Alexander couldn’t imagine the world without his fierce, unapologetic father. Now his father was determined to manage his death, just as he’d managed his life—without emotion or weakness. To that end, there would be no changes in palace life or protocol. Alexander’s late- June wedding would not be moved forward. Bruno’s illness would not be made public. There would be no changes in wedding date or venue. There would be no acknowledgment of ill   health. There would be nothing to alarm the people until an announcement had to be made, which in King Alberici’s mind was notice of his death.

His mother, the queen , agreed with the plan because that was what she did—supported her husband. It had been her role from day one of their marriage, and she’d fulfilled her responsibilities. Now it was time for Alexander to fulfill his, which was to marry and have an heir so the monarchy would live on.

Alexander stirred restlessly, feeling trapped in his cabin, even though it was by far the largest on the ship. He pushed open the sliding door and stepped out onto the balcony, leaning on the railing to stare blindly out at the sea.

This trip, organized by his closest friends, had been a mistake. He couldn’t relax. He felt guilty being on a pleasure cruise when his father was growing weaker at home, and yet both his parents had insisted he go, determined that he keep up appearances.

The trip was to have been a last hurrah before the wedding preparations began in earnest. Princes didn’t do bachelor or stag parties, so instead, Prince Alexander Alberici’s best friend, Gerard, had organized a week cruising the Aegean and Ionian Seas. Troubled by his father’s swift decline, Alexander had left the details to his friends, knowing they were far more excited about this last adventure—concerned that it might indeed be their last adventure—but now wished he’d been part of the planning, at least when it came to approving the guest list.

The yacht itself was impressive. Large, new, and the very definition of luxurious, with two different pools, a hot tub, a sports court, a disco, and a movie theater. But the luxurious appointments couldn’t make up for the fact that it was a boat, and they were all trapped together—not a problem if everyone was on good terms, but inexplicably Gerard had permitted Alexander’s cousin, Damian Anton Alberici, to bring his girlfriend, Claudia, along.

It wouldn’t have been an issue if Claudia didn’t also happen to be Alexander’s ex-girlfriend, and their breakup six months earlier had been acrimonious at best. He’d been stunned and uncomfortable when he discovered Damian was now dating Claudia, but to bring her on this trip? Why make it awkward for everyone?

Alexander’s jaw tightened, his gaze narrowed on the pale rocky island ahead, each island so like the last.

The tension on the yacht just made him eager to return home, which was saying something as home wasn’t exactly pleasant, either. His mother was struggling to come to terms with his father’s terminal diagnosis. Virtually overnight his father had wasted away, his strong frame increasingly frail. The palace staff, sworn to secrecy, were incredibly anxious, tiptoeing around, walking on eggshells. And yet no one discussed what was happening. But that was because they didn’t talk in his family, not about personal things. There was no sharing of feelings and certainly no acknowledgment of emotions. There was only duty, and he understood that all too well.

The sooner the wedding took place, the better, and Princess Danielle Roulet would be a good match. She was lovely and well-bred, and fluent in numerous languages,  which was essential in Aargau’s next queen. She was also sophisticated and would be a stylish princess, something he knew his people would appreciate. It was not a love match, but it would be a successful marriage because they both understood their duties and responsibilities, and best of all, the wedding would give the people of Aargau something to celebrate, which was sorely needed when the crown would soon change hands.

Now, if he could only get off this yacht and get back to his family—who did need him, despite what his parents might say, or not say—because Alexander was finding nothing pleasurable in this last bachelor getaway.

The Prince’s Scandalous Wedding Vow is available in the following formats: