A book extra for Flirting with Fifty 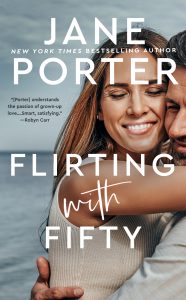 Reader’s Guide for Flirting With Fifty