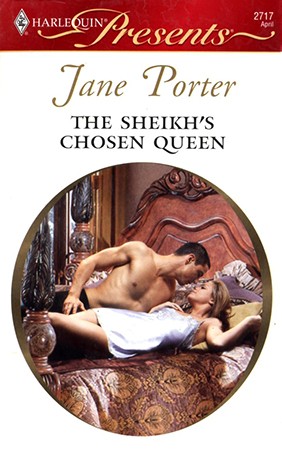 Book 1 of The The Desert Kings Series

She would live by the Sheikh’s rules–as his bride and queen!

When Jesslyn once knew him in London,Sharif Fehr was a playboy prince–their romance was carefree and fun.

Now Jesslyn has been summoned to the desert land that Sheikh Sharif rules. The intervening years have proved harsh and cruel and Sharif has grown used to his word being law. No one dares challenge him- except Jesslyn who refuses to take his orders! But for all her sweet insolence, Sharif is sure of one thing: she will obey his ultimate command and submit – to becoming his wife and queen!

She would live by the Sheikh’s rules–as his bride and queen!

When Jesslyn once knew him in London,Sharif Fehr was a playboy prince–their romance was carefree and fun.

Now Jesslyn has been summoned to the desert land that Sheikh Sharif rules. The intervening years have proved harsh and cruel and Sharif has grown used to his word being law. No one dares challenge him- except Jesslyn who refuses to take his orders! But for all her sweet insolence, Sharif is sure of one thing: she will obey his ultimate command and submit – to becoming his wife and queen!

Book 1 of The The Desert Kings Series

The low heels on Jesslyn Heaton’s practical navy pumps clicked briskly against the sidewalk as she left the administrative office.

It was the last day of school and mercifully the students had finally been sent home stuffed full of cupcakes and gallons of shocking red punch. All she had to do now was close her room for the summer.

Jesslyn glanced up from the paperwork she’d pulled from her faculty mailbox. “Aaron, you haven’t left yet? School ended hours ago.”

The freckle faced teen blushed. “Forgot something,” he mumbled, his flush deepening as he reached into his backpack to retrieve a small package wrapped in white paper and tied with a purple silk ribbon. “For you. My mom picked it out. But it was my idea.”

“A present.” Jesslyn smiled and adjusted the pile of paperwork in her arms to take the gift. “That’s so thoughtful, but Aaron, it’s not necessary. I’ll see you next school term–”

“I won’t be back.” His shoulders rose and he hunched miserably into the backpack he’d slung again onto his thin back. “We’re moving this summer. Dad’s been transferred back to the States. Anchorage, I think.”

Having taught Middle School at the small American School in the United Arab Emirates for the past six years, Jesslyn had witnessed how abruptly students came and went.

“I’m sorry,” she said knowing that this was a fact of life for the family of a petroleum engineer.

He shoved his hands deeper into his pockets. “Maybe you could tell the other kids? Tell them to email me, write, you know?”

His voice cracked again and it was the crack in his voice along with the way he hung his head that nearly undid her. These children, children of ex-pats, went through so much. Foreign homes, foreign lives, change the only constant. “Goodbye, Aaron.”

Then like that he’d turned around and was gone, rushing down the empty corridors of the school.

Jesslyn watched his hasty departure for a moment before unlocking the door to her deserted classroom.

Hard to believe that another school year had ended. It seemed like only yesterday she was handing out the mountain of textbooks and carefully printing children’s names in her class register. Now they were gone and for the next two months she was free.

Well, she’d be free as soon as she closed up her classroom and she couldn’t do that until she tackled her last, and least favorite task, washing the chalkboards.

Twenty minutes later her once crisp navy dress stuck to the small of her back and perspiration matted the heavy dark hair at her nape.

What a job, she thought, wrinkling her nose as she rinsed out the filthy sponge in the sink.

A knocked sounded on her door and then Dr. Maddox her principal appeared in the doorway. “Miss Heaton, you’ve a guest.”

Jesslyn turned eagerly towards the door, thinking her boyfriend, Robert, a teacher at the American School in Dubai, had arrived early, but it wasn’t Robert. It was Sharif Fehr. Prince Sharif Fehr.

Sharif stood in her doorway, tall, imposing, so much bigger than she’d remembered.

Dr. Maddox cleared her throat. “Miss Heaton, it is my pleasure to introduce you our most generous school benefactor, His Royal Highness—“

And just like that, her name spoken in his rich, deep voice made the years disappear.

The last time she’d seen him they’d been younger, so much younger. She’d been a young woman in her first year of teaching at the American School in London. And he’d been a gorgeous, rebel Arab prince that wore jeans and flip flops and baggy cashmere sweatshirts.

Seeing him now, he looked like someone altogether different. His baggy sweatshirts were gone, and the faded, torn jeans were replaced by an elegant dark suit, a fitted dress shirt and a perfectly knotted Italian silk tie.

His hair was shorter, too, but the color was still that glossy black that had always made her want to touch it, feel the thick strands for herself.

Confused, Dr. Maddox glanced from one to the other. “You know each other?”

Sharif didn’t answer forcing Jesslyn to answer for both of them. “We…we went to school together,” she stammered, cheeks heating.

Sharif’s eyes met hers and held, the corner of his mouth sardonically lifted.

They didn’t go to school together. They weren’t even enrolled in school at the same time. He was six years older than she was and although he didn’t dress like it, he was a very successful financial analyst in London when they met.

They’d dated for several years, too, and when it ended, she was certain she’d never see him again.

She hadn’t wanted to ever see him again.
Yet now he was here.

The Sheikh’s Chosen Queen is currently available in digital format only: 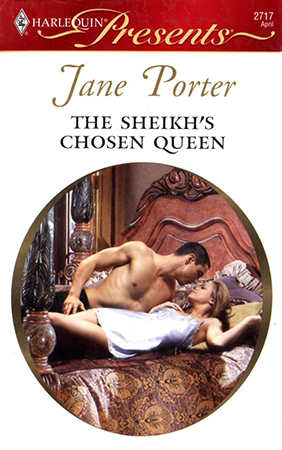