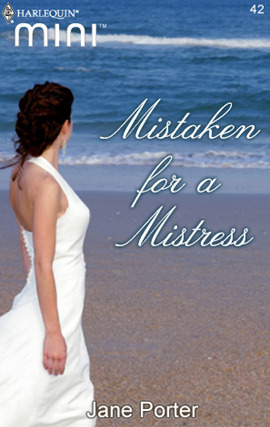 Book 3 of The Galván Brides Series

Argentinean Estrella Galván is one of Europe’s top models, but she’s much more than a pretty face. In Cannes to find a distributor for a documentary that’s close to her heart, she meets Carlo Gabellini, a man who thinks beautiful women are all the same…

Argentinean Estrella Galván is one of Europe’s top models, but she’s much more than a pretty face. In Cannes to find a distributor for a documentary that’s close to her heart, she meets Carlo Gabellini, a man who thinks beautiful women are all the same…

Book 3 of The Galván Brides Series

“You’d like me to what?” Estrella’s husky voice couldn’t hide her shock. This was the Gala Reception for the Marché International du Film, and the Marché or Market, was the nuts and bolts side of the Cannes film festival. All the important people were here tonight.

Heat scalded her cheeks. Ignoring the financiers gathered around them, Estrella met the arrogant Italian’s gaze. “I’m afraid you’ve got the wrong woman.”

One of his eyebrows lifted. He seemed utterly oblivious of the others and the fact that this was a private reception, a very exclusive reception, for those with deep pockets and the right connections. The Market was the place where films were acquired, foreign rights were traded, and money changed hands. And the Market was the sole reason Estrella was in Cannes. “You are Estrella Galvàn. Model?”

She felt as if he’d put a choke-hold on her. She could barely breathe. “If you don’t mind, I’m trying to do business here.”

His light eyes — a cool silver gray — narrowed. “So am I.” There was an embarrassed laugh and a low murmur of voices from the group of men. Some were amused, some uncomfortable and Estrella’s face burned from temple to chin.

“I think we could have a good time,” the Italian continued with the same appalling smile. “Call me.”

She stiffened as he pressed a satin-finished business card into her hand and immediately tried to return the card. “I don’t want it.”

Why was he doing this? What was he trying to achieve? She’d pulled a hundred strings to get an invite to the party tonight and she had just one chance — this chance — to interest these financiers in her film. The two week festival was halfway over and so far she hadn’t found anyone willing to back her project. The movie was everything right now. The children were depending on her. “I appreciate your vote of confidence,” she said tightly, keeping her flawless smile in place, “but Italian men don’t really do it for me.”

Mistaken For A Mistress is currently available in digital format only: