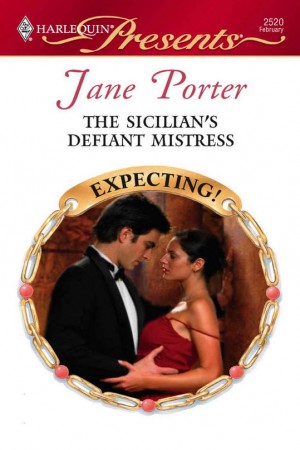 When revenge, secrets and passion ignite!

Cass can’t continue with a relationship that involves just her body when her heart is breaking… But the deal she made with Sicilian tycoon Maximos ends the affair. Cass is completely destroyed. Worse, she discovers she’s pregnant…

But, months on, an explosive reunion is on the cards, in Jane Porter’s dark, passionate and utterly gripping story of secrets and revenge!

When revenge, secrets and passion ignite!

Cass can’t continue with a relationship that involves just her body when her heart is breaking… But the deal she made with Sicilian tycoon Maximos ends the affair. Cass is completely destroyed. Worse, she discovers she’s pregnant…

But, months on, an explosive reunion is on the cards, in Jane Porter’s dark, passionate and utterly gripping story of secrets and revenge!

She was sleeping with the enemy now.

With his gut clenched, muscles rock hard, Maximos watched Cassandra, his woman, his lover, take Emilio Sobato’s hand as she stepped from the low sports car onto the sun dappled drive.

You shouldn’t be surprised, he told himself, trying to make himself move from the palazzo window. Women are just as treacherous as men.

If not more so.

But Cass hadn’t seemed like the type to play a man for a fool. Cass had been different.

His gut burned. He felt like he’d drunk a litre of battery acid.

Why had he thought she was different? How well did he know her? For that matter, how did any man know a woman?

The door to his study opened. He heard footsteps, and then a light hand touched his back. “Emilio’s here.”

It was Adriana, his baby sister, and this was the weekend of her wedding. Tonight was a reception at the palazzo honoring the bride and groom. “So I see,” Maximos answered, his deep voice betraying none of his anger.

“He’s brought one of his tramps with him, too,” Adriana continued in the same hushed, furious tone. “How dare he do that to you? To Mama? To any of us? What kind of man is he?”

Maximos’ lips curved as he stared out the window, but he wasn’t looking at Emilio. He was studying Cass, taking in her chic high heels, her form fitting black lace blouse, the cut of her elegant black knit skirt which showcased the most incredible legs he’d ever seen in his life.

He knew those legs intimately.

For nearly three years he’d owned those legs, parted them, tasted them, wrapped them around his waist as he’d taken her, made her his.

And he’d made her his, many many times over the two and a half years they were together.

She’d been the ideal lover, the perfect mistress—until she broke the agreement. And then he’d done what they’d agreed they’d do. He left. Moved on.

Maximos glanced at his sister, his rueful expression concealing more than it revealed. “But we already know the answer to that.” He reached out, strummed Adriana’s flushed cheek, her beautiful features tight with indignation. “A backstabber—“

“And a thief,” he concluded evenly.

For a moment neither spoke, both lost in thought before he turned back to the window to gaze out on the palazzo’s entrance where Emilio and Cass were now climbing the front steps.

Adriana stepped closer to him, pressing her face into his shoulder. “I hate him,” she whispered, voice muffled. “I hate him. I’ll hate him forever for what he did to you.”

He reached up, cupped the back of her head. “He’s not worth it, baby.”

Maximos felt her tense, felt her press even closer and when her entire body shuddered he realized she was crying. “But you are,” she answered, her face still buried in the crook of his arm, her voice rough, thick, the words nearly indistinguishable. “You’ve been Maximos, my big brother, my very own hero, for as long as I can remember.”

For a split second he couldn’t breathe. His chest squeezed, compressed, lungs squashed vise-like while his vision went black and suddenly he was thrust back in time, back somewhere so dark, so wretched he couldn’t see, think, feel. And in that moment there was no past, no future, no present—just darkness, blackness, the blackness that dwelled within the heart of man.

My big brother, my very own hero…

His sister’s innocent words penetrated the blackness shrouding his mind.

Gradually the pressure on his chest eased, and his bursting lungs filled with air. He drew a breath and his vision cleared. The darkness receded and Maximos was able to laugh. “There are no heroes anymore, Adriana. Only men.”

Adriana pulled away, looked up into his face, her dense black lashes damp, matted, with silent tears. “You’re wrong. You’re Sicilian. You’re one of the great ones.” Then with a kiss on his chin, she wrapped an arm around his elbow. “Come, let’s go to my party. I need you there to help us celebrate.”

The Sicilian’s Defiant Mistress is available in the following formats: 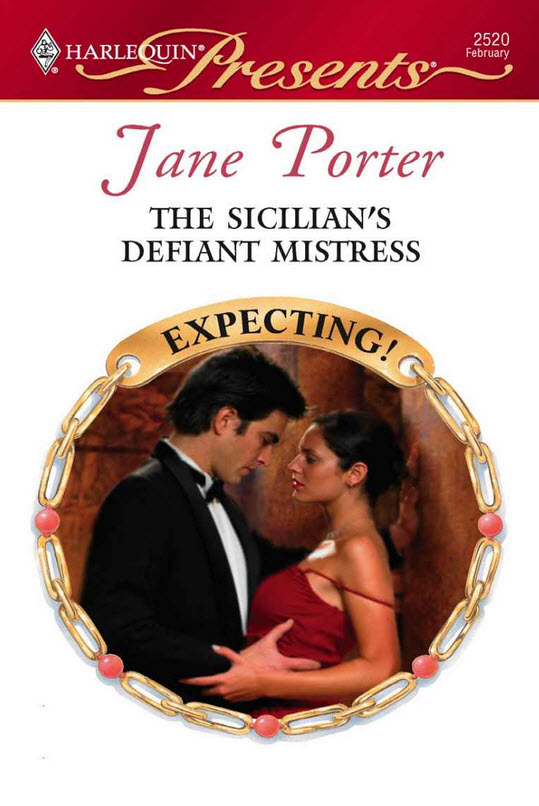