I love tycoons and I am a huge fan of gorgeous settings and this Scandalous Billionaires collection has it all…and even better, it’s written by five of my friends…and for just .99 for the next few days!

Here’s Eve Gaddy to tell us more about the stories:

Today I want to tell you about a very special project I’m proud to be part of. Scandalous Billionaires is a sizzling set of stories set on the Amalfi Coast. Four of my friends and I–Katherine Garbera, Mimi Wells, Nancy Robards Thompson, Kathleen O’Brien and Eve Gaddy– wanted to set our stories on a fictional island off the fabled Amalfi Coast. We decided that all our heroes were billionaires because, well, billionaires are hot. Ours certainly are.:) The setting is the fabulous Isola Del Sole at the Hotel dei Fiori and we gave our billionaires strong, feisty women to fall for. There’s a little bit of everything in the Scandalous Billionaires box set. Intrigue, deception, mistaken identities, and a lot of long, steamy nights! The Billionaire’s Temptation by Katherine Garbera

Rocco De Luca lives and loves in the fast lane. A past Formula 1 champ, he has been jetting around the world arranging celebrity charity races and partying with the world’s elite. Coming home to Isola del Fiori and filling in for his older brother for a few weeks sounds…well, boring. Until he meets Steffi Harlan.
Steffi Harlan is sophisticated, elegant, and way too smart to fall for a tanned chest and a bad-boy smile, or so she thinks, until she’s put in charge of keeping the jet-set playboy out of trouble while he’s gone. Sure, no problem. Except Steffi isn’t immune to Rocco’s charms.
They burn up the nights they spend together, and the last thing Steffi wants is to crash out and end up with a broken heart… Can they both survive love in the fast lane? The Billionaire’s Deception by Mimi Wells

After quitting her first “real” job, Janine Pike takes off for Europe, saving an excursion to the famed Isola del Sole for last. But when her travel-mates sail off with her backpack, phone, and passport after a night of partying, she’s left only with the euros in her pocket and the faint hope that her estranged half-sister, who works at the renowned Hotel Dei Fiori Isola del Sole, might help her.

Shel Myerson, amateur racecar driver and wildly successful TV mogul, oozes wealth and prestige. What he doesn’t have much of is privacy, thanks to a recent and ugly public breakup. What he doesn’t expect is to be mistaken as an employee by a very pretty—and very broke—Janine, the one person in Europe who also doesn’t have any idea who he is.

Shel and Janine discover their chemistry is combustible—but will their budding relationship survive the heat once the press catches on? As heir of Dei Fiori Enterprises, Matteo De Luca‘s single focus after his father’s untimely death is rebuilding his family legacy and hotel empire. After two years, he’s close to achieving his goal, but there’s one person standing in his way… A sexy distraction he’d never anticipated.

Two years after her beloved husband’s death, Helena Von Lienz knows it’s finally time to let go. With her share of a hotel business, Helena heads to the Amalfi Coast in search of closure, and a portrait created for her by her late husband. What she doesn’t anticipate to discover during those hot Amalfi nights are some unexpected truths about her late hubby, and a strong sensual shared desire with Matteo, the sexy and ambitious CEO of Dei Fiori…

Will mixing business with pleasure be the end, or just the beginning, for Matteo and Helena? The Billionaire’s Secret by Kathleen O’Brien

High School art teacher Sophie Smith is usually the most honest of women. But when her dearest friend and mentor asks her to be her stand-in on a two-week vacation at an Amalfi Coast luxury resort, she won’t let her down… even if it means posing as a rich, pampered socialite.

As it turns out, Sophie could get used to this, especially handsome, enigmatic gardener Declan Muldoon who’s strangely more thrilling than any of the billionaires buzzing around. She ends up falling for him—hard.

Then Sophie discovers she’s not the only one pretending. Declan’s gardener gig is temporary. He’s actually the black sheep of a very wealthy, powerful family, a man who appears to be in need of an heiress.

An heiress exactly like Sophie is pretending to be… The Billionaire’s Charade by Eve Gaddy

Summer St. Croix hates weddings. But when she meets hot-as-sin Luke Vanetti at her oldest friend’s ceremony, he promises to give her a reason to like them.

It’s all sexy fun and games until Summer realizes that Luke is none other than her new boss. Summer refuses to continue to have a fling with her superior, even though the passion between them still runs wildfire hot. But the billionaire private investigator doesn’t see the problem, especially since he knows that one night with Summer won’t be enough.

When Luke’s cousin sends an SOS asking for help in stopping a ring of jewel thieves from robbing his luxury hotel on the Amalfi Coast, Luke agrees. And Summer’s first assignment will be posing as his very sexy, rich, and bejeweled fiancée  at the Hotel dei Fiori Isola del Sole.

Playing the happy couple is hard enough during the day, but the nights… will those romantic Amalfi nights turn the charade into more than just a job for both Summer and Luke… for good? Escape to Italy’s fabled Amalfi Coast with five USA Today Bestselling and award-winning authors for a limited time at a special price!

The Scandalous Billionaires box set can be yours for only $0.99! Get your FREE copy of Nona’s Cookbook. Just send a screenshot of your order page to scandalousbillionaires@gmail.com and we’ll send you a copy.

Thank you, Eve for sharing more about each of the stories!  Readers, if you haven’t already downloaded this boxset do it soon as this .99 cents sale won’t last long!!  For more fun and celebration, I’ve also got an awesome prize celebrating the very sexy alpha billionaires in Scandalous for one of you.  🙂  For a chance to win, leave a comment below and share if you’ve love Tycoons and what your favorite story is featuring one!  Contest ends Saturday with winner announced Sunday. 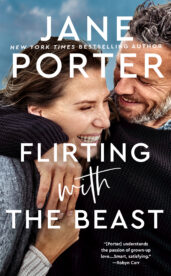