I am returning to California from Hawaii today and asked Elizabeth Boyle, my very good friend, and a very long time friend (having known her since 1996!) to join my on my blog today for a special new year’s message, and its one I know you will enjoy.

Several years ago–about this time of year–I was reading a blog by Cathy Maxwell and she talked about taking a word each year and using it as a guiding light for the coming months. Her word that year was Create. While I knew that a lot of people did that each year, I’d never been much interested in trying it out, but something about Cathy’s blog–on that day, in that particular place in my life–inspired me to give it a try.

And one word occurred to me right there and then: Grow. The word just whispered up out of my subconscious and wouldn’t let go, so I knew it was the word I was supposed to follow and so that became the year I decided to see where Grow would take me. It had rather unexpected consequences.

As an avid gardener, I realized that for a spot to flourish (in one’s physical garden and in the metaphorical garden that is our heart), it had to weeded and fed and pruned. In other words, I had a lot of dead wood and unwanted plants that needed to removed from my life. And so I did. Over those 12 months, I removed what I knew had been obstacles and difficulties in my working life. I cleared a wide swath and moved ahead. It was hard work to make those tough decisions, even harder to execute them, but in the end, I had a freedom I hadn’t foreseen. Room to grow and new ideas about how to do it.

Last year I approached the New Year with some trepidation–simply because the word that kept coming toward me was: Courage. I shared this one afternoon with Debbie Macomber and Christina Skye while we were out yarn shopping and they both stopped cold and turned to me and said in unison, “Find another word.” But Courage it was, and I couldn’t shake it. And Courage I needed. I battled carpal tunnel for the better part of the year. I had a tough bout with pneumonia. My youngest son, who has autism, had a terrible school placement that took every ounce of courage I had to get fixed. There just seemed to be–at least in my personal life–a continuous need for Courage to persevere against everything life threw at me. Every. Single. Month.

But instead of being beaten down, I took on my word for the year like a suit of armor. “Courage,” I’d cry in the face of adversity. It was like my own personal season of Game of Thrones. And happily I have finished the year with my head still attached to my shoulders. LOL.

So as December began to roll to a close, I knew I needed to find a new word, let something settle into my heart and open up again. My talisman for 2014. And it came to me in a quiet moment at mass–“Faith.”

“Faith,” I whispered back to the universe.

Faith, indeed. And to my delight it has fallen upon me like a warm mantle. Much like Courage. Wrapping around my battle hardened heart and lighting the way home. It is urging me toward untried stories. Much like Grow did. It seems to encompass so many facets of my life–my Catholicism, my writing, even my untidy little garden with the seemingly lost plants all burrowed under the dead leaves and freezing earth waiting for Spring. I came home from mass and immediately opened a Pinterest page to start visualizing my new year.

As I stand at the beginning of this New Year, I hardly know where to start. Actually I know exactly what I want to do, but I can’t believe it–and yet, I know in my heart it is so very possible. And so I begin in earnest. In Faith. I am entranced. I am inspired. I am giddy to begin. I cannot wait to see the possibilities of 2014.

Mostly because I have Faith as my guide. All my blessings to you in this New Year. I hope the path ahead is filled with light and joy and grand discoveries.

Have you ever taken a word for a guide? Have you this year? Care to share?

Elizabeth Boyle is the author of 22 Regency set historical romances, including her new release, If Wishes Were Earls.

Wow! Loved the post, Elizabeth, and I love you so very much, too.  Thank you for being a rock in my life and one of my most honest, real, and inspiring friends!

Elizabeth is also wonderfully generous and is giving away a box of books and goodies to one of my terrific readers here.  Just comment on Elizabeth’s post, or answer her questions above:  Have you ever taken a word for a guide? Have you this year? Care to share?  and you are entered!

Elizabeth’s giveaway will run til midnight, Sunday night, January 5th, and the winner will be announced on Monday, January 6th  so do check back to see if you won.

Thank you so much, Elizabeth, for joining us, and I think I am going to claim your word, faith, as my word for 2014, too!

Love to all, and happy new year! 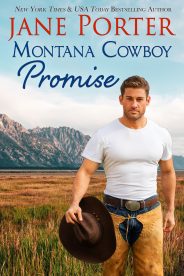